Our Next CAWL Meet Welcome to the home of CYA’s NVWF League for the 2010-2011 Winter Wrestling Season.  All the information you will need ot make your wrestler’s season a fun and successful experience can be found here.
EMAIL & THIS WWW SITE ARE OUR PRIMARY MEANS OF COMMUNICATONS- CHECK THEM OFTEN FOR THE MOST CURRENT INFORMATION ON PRACTICES, MEET SCHEDULES, AND ANNOUCMENTS
The Winter 2010 - 2011 CAWL Schedule has NOT been posted.  Please click HERE to access last year's schedule (this will also direct you to the new schedule, once it is released).

Our CAWL Team is called ’The Chantilly Chargers’.  When we’re referring to our CAWL team, we’re going to say either CAWL, Beltway, or Chargers.

The CAWL is made up of ’20 ’advanced’ youth wrestling clubs,11 in Virginia and 9 in Maryland, all predominately surrounding the beltway.  For the 2009 - 2010 season, the CAWL will be switching to a ’Regional’ setting, where we will wrestle 14 other clubs in heads-up competition beginning in January and ending in March with the CAWL Championship Tournament.  The top 6 wrestlers from each weight class will automatically advance to the VA/MD State Championship Tournament held usually the following weekend after the CAWL Championships.

We will select the best wrestlers in the CYA program to compete for the Chantilly Chargers.  This program will do more to prepare them for competition in high school than anything CYA wrestling has done in the past five years.  We expect these wrestlers to work harder than the rest of the CYA wrestlers-to totally embody the ethic of Work Hard, Set Goals, Believe in Yourself and Wrestle to Win.

Competition:  Works very much like high school, wrestlers will wrestle in their weight class.  Age is somewhat different in the CAWL-  there are age limits on the different weights.  For example, a 85 pounder must be 13 years old or younger.  That means a 10 year old can wrestle kids that are up to 3 years older.  That sounds like a big thing, and it is.  But you also have to remember that many of your wrestlers wrestled “up” a division in the NVWF last year to get more matches.  They wrestled older boys then also.

Cutting Weight:  We don’t want our kids cutting weight- for health and reliability (we want to make sure the kid makes weight every time).  If a wrestler goes up or down in weight naturally during the course of the season, that’s fine.  Ideally, we’ll put kids in the next higher weight so they don’t have to cut weight.  In other words, we’ll have a kid who weighs 77 pounds wrestle in the 80 pound class, etc.

There are many opportuinites throughtout the wrestling season for ’back-up’ wrestlers to get qualifying matches at the Quad meets, which will qualify them to be eligible to wrestle in the End-Of-Season Championship Torunament, which could then qualify them for the VA/MD Championship Tournament.

Equipment:  We’ll issue separate singlets for our CAWL team.  We will wear purple and gray singlets with a ‘lighting’ bolt on the front, with ‘CHARGERS’ across the chest.  We will issue them to the number one kid at each weight.  Your wrestler will need to order the "WARMUP PACKAGE" and can optionally order anything from the “SPIRIT WEAR PACKAGE”.  Everyone will wrestle with headgear.  These need to be purchased separately, for obvious health related reasons.  If your wrestler is the number two kid at his weight and we’re wrestling a CAWL event where we can enter two kids at a weight, he’ll be issued a CAWL singlet.  You will be required to pay one equipment deposit- $100 per wrestler.  Failure to return any issued equipment will result in forfeiture of your equipment deposit at the end of the season.

Communications:  I will email items that only apply to our CAWL wrestlers directly to you and post that information on the CAWL page on our website.

Schedule:  The schedule has not been finalized yet.  Please check back often.

Roster:  After practice begins, I will notify the parents of wrestlers that we’ve identified as potential members of our Beltway team. Once our season begins in November we will devise a ‘wrestle-off’ system where anyone can challenge for a spot on the Beltway team.  The final line-up for any Dual or Quad meet will be determined by The Head Coach and Coaching Staff. Seven Chargers traveled to Hampton, Virginia to compete in the Virginia Elementary & Middle School State Championships, January 5-6.  The Chargers faced some of the toughest competition that we’ve wrestled against since we began our program four years ago!  Close to 800 wrestlers from Virginia, Pennsylvania, Maryland, and West Virginia participated in the tournament.  Most weight classes had over 25 wrestlers competing-  with medals being awarded to the top 8 finishers at each weight. Chargers competing in the tournaments were: Thank You to our Community Partners! 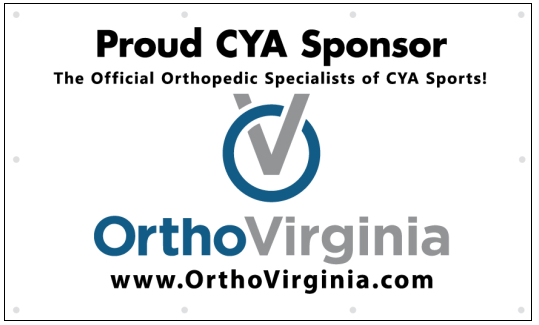